Press Relationship - A Tool To Improve Your Image In China

Building relationships with press and media - a key factor to improve your brand’s image in China.

The wine industry is one that keeps expanding by the minute, and one of the biggest contributors to this expansion is China and it’s wine drinking market. Over the years, the wine market in China has only increased and is said to skyrocket even more in the coming years.

The one thing about the Chinese alcohol market is that Chinese consumers prefer imported products. This has given, and is continuing to give alcohol producers a wide market to export their products to China.

With hundreds of brands trying to push their way into the Chinese market, one of the most important things to consider is standing out, building, and maintaining a brand image. As brands try to shuffle into the Chinese market, younger consumers are interested in trying something new. Gone are the days of buying wine by the house. Well of course, people still do shop for the big names in the industry, but the younger generation (which is the major wine drinking generation in China) is interested in trying new wines of different varietals and from different places.

For as long as we can remember, media and press has influenced people on a very large scale. With digital media taking off and becoming a way of life for most people - it’s one of the biggest marketing platforms, especially in China.  According to research, Chinese people trust the news they read , therefore when they read about your wine on a trusted online portal, it will push them to be more interested in your product.

As you might already know, your daily digital platforms such as Instagram, Facebook, and Snapchat aren’t of much use in China. However, China has their own press platforms and to improve your image in the Chinese wine market, and connect with consumers - it’s important to have a relationship with the press.

What media is trending in China?

Let’s be honest, China is one of the countries that is set to make everything digital, and they’re kind of almost there. The people of China rely on online portals for their daily news. With consumers trusting online portals in China such as Drink Mag Asia , China Daily , Food and Beverage Asia for their updates on the alcohol industry, building relationships with the media is a huge benefit to you and your brand as these Asia and China based portals that hit the Chinese market at large, will help in promoting your brand across the country with a top notch image. 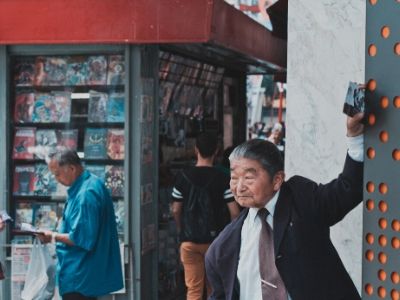 Now let’s throw it back to print media….

Yes yes, we’ve gone on and on about the digital era, but let’s not forget that print media still has a huge impact on consumers, especially in China. Online portals might be the upstanding way of throwing out news, but print media such as newspapers and magazines are also very high up on the scale in China. China being one of the five largest markets of newspapers worldwide, it’s very obvious that consumers in the country depend on and are influenced by what press and media puts out and with the high population of China, this can make a huge impact on your brand as print press will hit the audience that is old school, or isn’t a huge online user.

However, even newspapers have started using WeChat as a source to promote news. This in itself shows how powerful both press and media (print and digital) can be, especially when it comes together as one.

That being said, it’s very important to know how to build and maintain these relationships as well. As mentioned already, the Chinese consumer base has a high hold of trust in press and online media and keep them on your good side in the right way is something which is key.

Building a good relationship with the press and journalists

In the new world era of technology and digital media, everyone has access to media platforms and news, that end up influencing a lot of decisions made by the consumer. In a country like China, where the press and media is massively influential, it’s important to build good relationships with platforms that can give your brand a lift in the Chinese market.

This is mainly because when your brand/product is being promoted by certain press and media, a personal relationship with them changes the way they portray your brand. Since press and media influences a very high percentage of consumer decisions in China, a good relationship with them will not only keep your brand in the good books, but might also end up being personal references and personal favourites for a lot of journalists, reviewers, publishers, editors, and more, who will not only promote it on official portals but also on a personal level, where it will catch the eye of a higher number of consumers.

One way you can build a relationship with the press is signing contracts with local magazines, websites and newspapers in China such as China News Digest , Dongguan Times , Issuu, and marketing agencies such as Sohu to promote your brand/product. This contract will be a reassurance that your brand will be on the good side of the press, and the consumers.

Another way of having good relationships with the press and media in China is reaching out to journalists, publishers, editors, writers, influencers, who are the ones that put news out and inviting them to events, or even better, organising events for them around your product and brand for them to give a personal review and keep your brand in mind.

The importance of building press relationship in China is a key factor since as mentioned, the people of China put a high region of trust in press, media, journalists, influencers, publishers, editors and other promoters in this sector. To maintain a good image for your brand is key, especially in the alcohol market, where there are always brands pushing through, giving consumers loads of options. Having a steady and effective relationship with the press and media will keep your brand in the public eye, urging consumers to keep coming back for more.